Our restaurant is based on the tradition of Czech beer and traditional Czech cuisine with traditional recipes from our ancestors. Sitting on our outdoor garden and glazed terrace provides view to one of the oldest stone bridges in Europe (13th century), the historic royal city walls and malt. The breathtaking view will not leave you in no doubt why Písek is one of the most beautiful cities in the South Bohemia with its rich history on every corner. 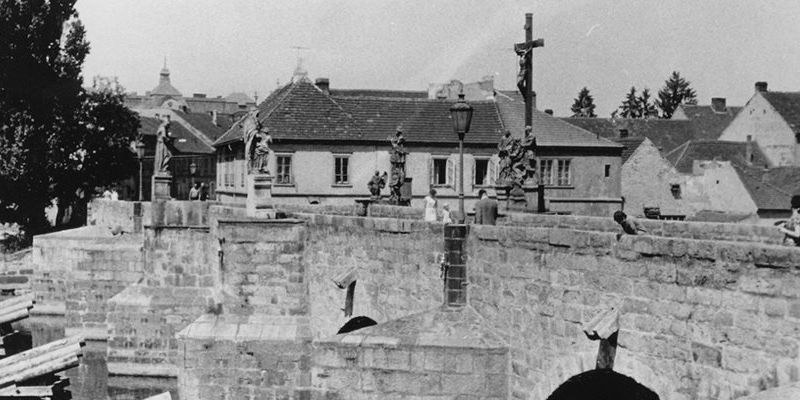 It is therefore no coincidence that the name U Plechandy refers to the legendary tavern that formerly stood on the bank of the nearby gold-bearing river and for many years was part of everyday life of Písek population. Significant native of Písek and acclaimed writer Ladislav Beran recalls: “There was obviously even some human tragedy in this pub, but joy and humor prevails. Ordinary beer conversations were definitely on a daily basis, but also high politics played some part here. And of course, almost all the national team’s “trainers” were here all the time. It may seem that it was a pub like others, but believe me, it was not.”

Welcome to the newly opened stylish restaurant in the heart of the royal town of Písek. The restaurant is based on the tradition of Czech beer and cuisine with traditional recipes from our ancestors and professional service.

The brand new renovated rooms with thematic “goat” interior can sit on the outdoor terrace and a glazed patio overlooking one of the oldest stone bridges in Europe, the historic royal city wallsand malt. 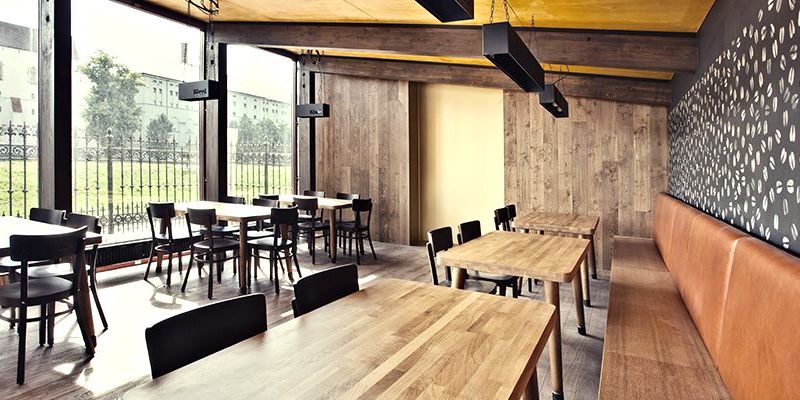 Kozlovna concept not only offers comfortable seating in an inspiring environment, but also excellent draft beer Velkopopovický Kozel 11 from tanks poured from our trained bartenders and beer-loving masters who will show you Velkopopovický Kozel 11 with foam as thick as a cream, and excellent Czech cuisine based on traditional indigenous practices with an emphasis on fresh ingredients without artificial flavors and additives.

The chef and his experienced team are cooking delicious meals in front of your eyes in the open kitchen. Enjoying their meal will bring your taste experience to a maximum level and our trained staff will leave you in no doubt that you are unique as well and that you deserve the best that we can offer.

Velkopopovický Kozel is a Czech lager produced since 1874. In that year, Franz Ringhoffer founded a brewery in Velké Popovice, a town 25km southeast of Prague. Their symbol is a goat (“Kozel”means “goat” in Czech). 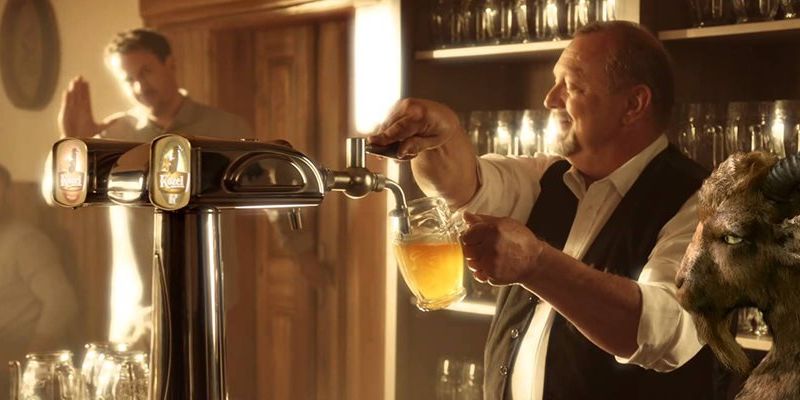 The first historical mention of the brewery dates back to the 14th century. The brewery in Velke Popovice, as we know it today, has its origins in the 19th century. After years of disagreements and the gradual decline of the brewery, it was bought by a rich industrial tycoon, Frantisek Ringhoffer, who was the Mayor of Smíchov and one of the most successful entrepreneurs in Czechoslovak history. The brewery was built in 1875, and the first batch of Kozel beerwas brewed in the same year. The brewery, thanks to its owner, introduced new technologies, giving rise to its modern history. At the turn of the 20th century the brewery passed through its second major reconstruction and its production capacity was increased to 90,000 hectoliters per year from the original 18,000 in the beginning.

In 2002, Kozel merged with the brewery the Pilsner Urquell and Radegast by brewery conglomerate SABMiller.

Back to the top of the page

Back to the main page

History with a gastronomic experience